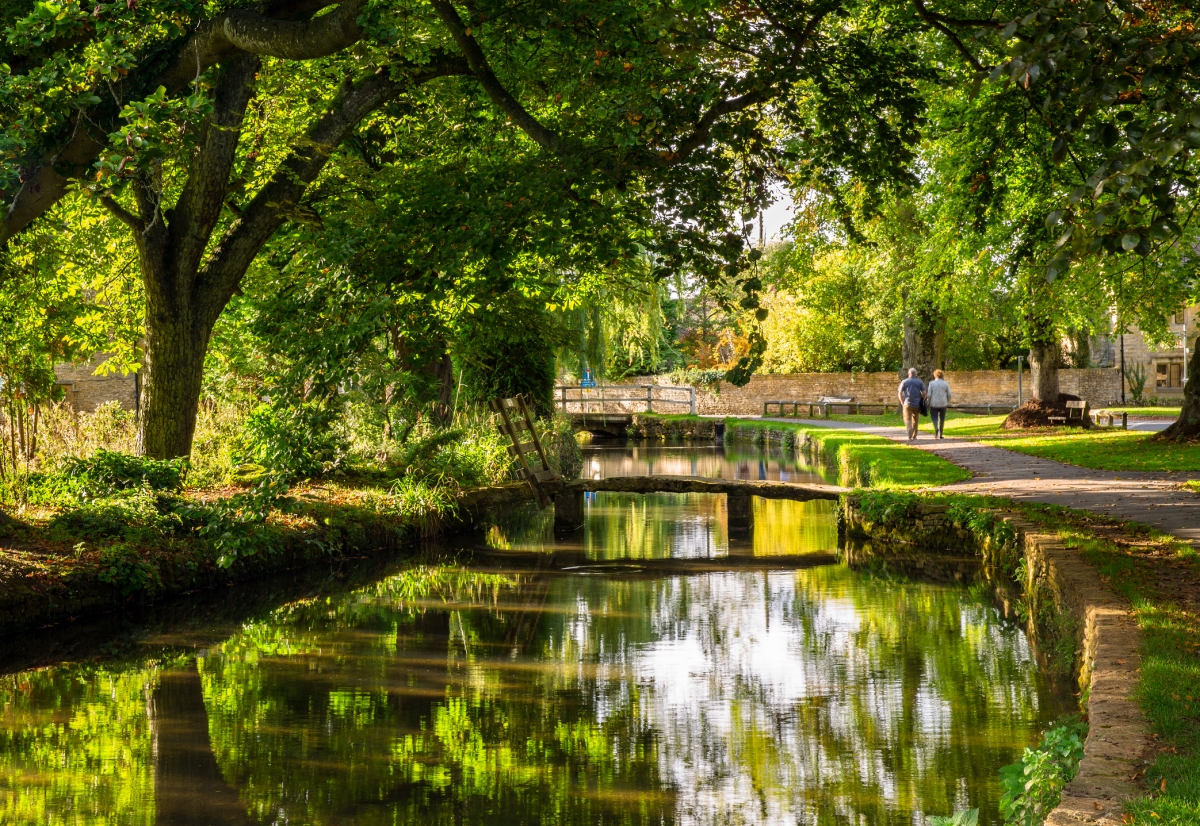 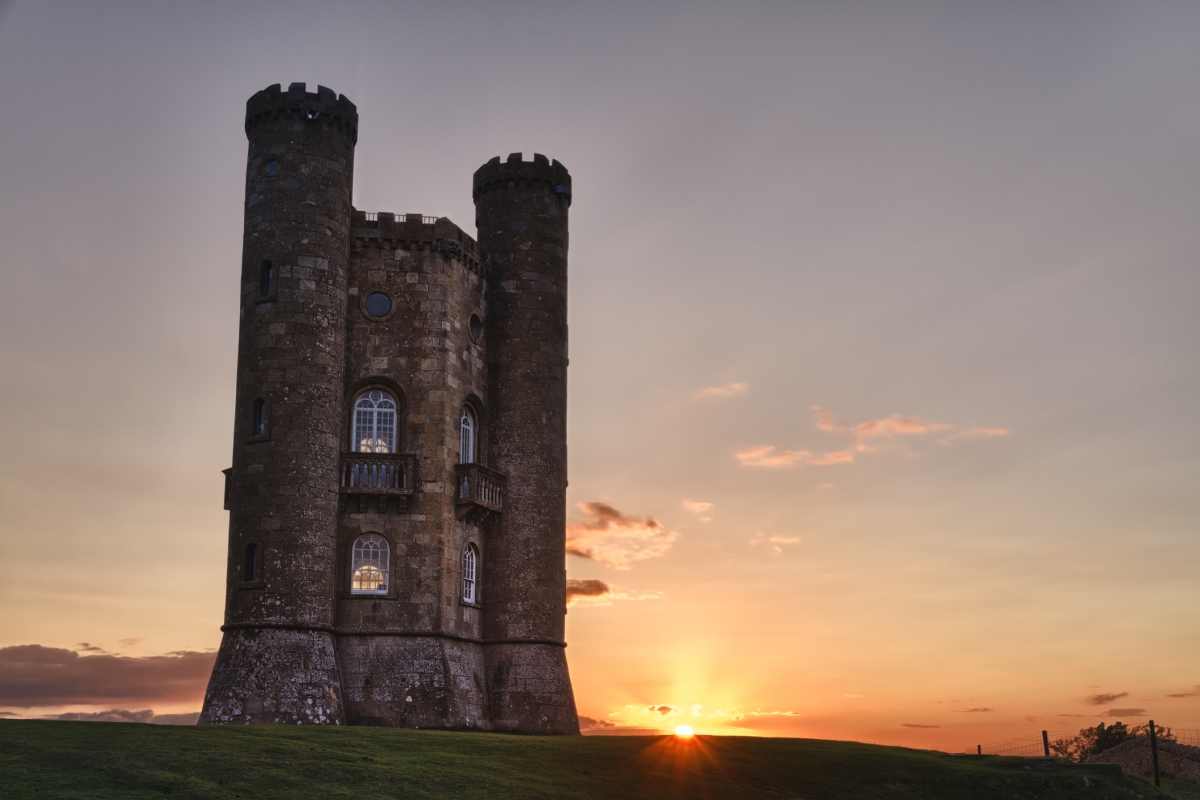 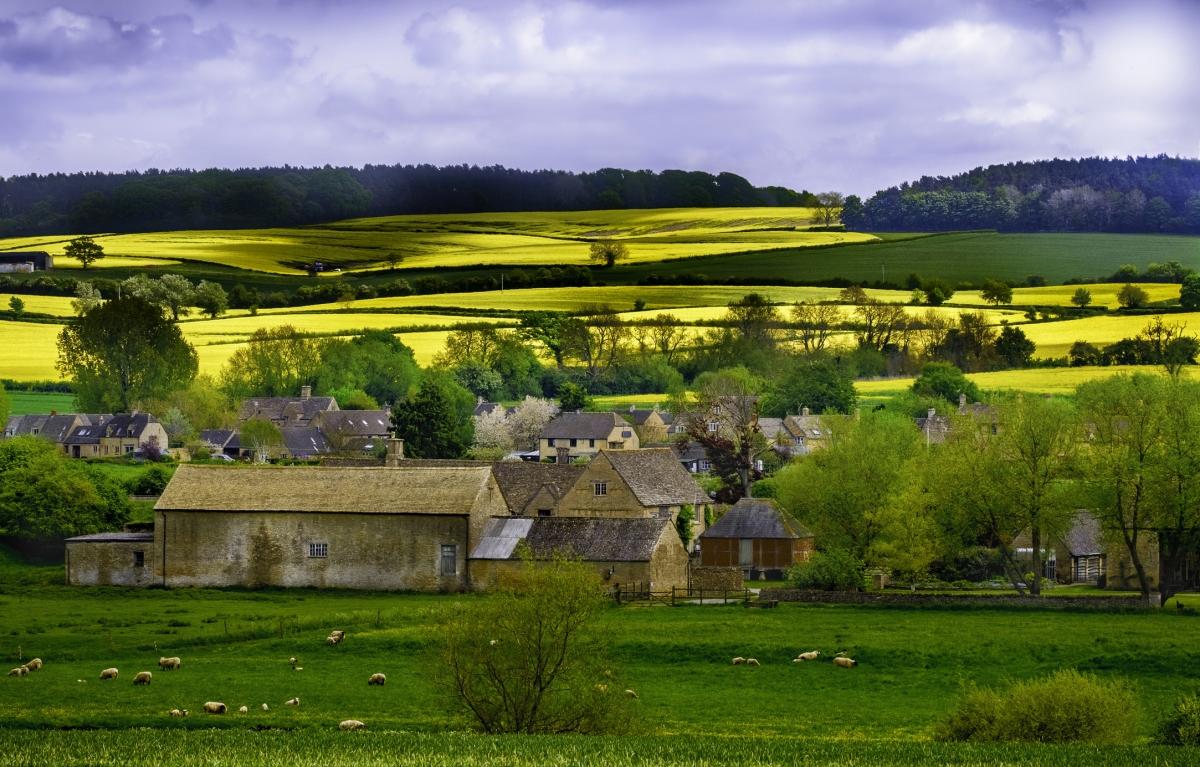 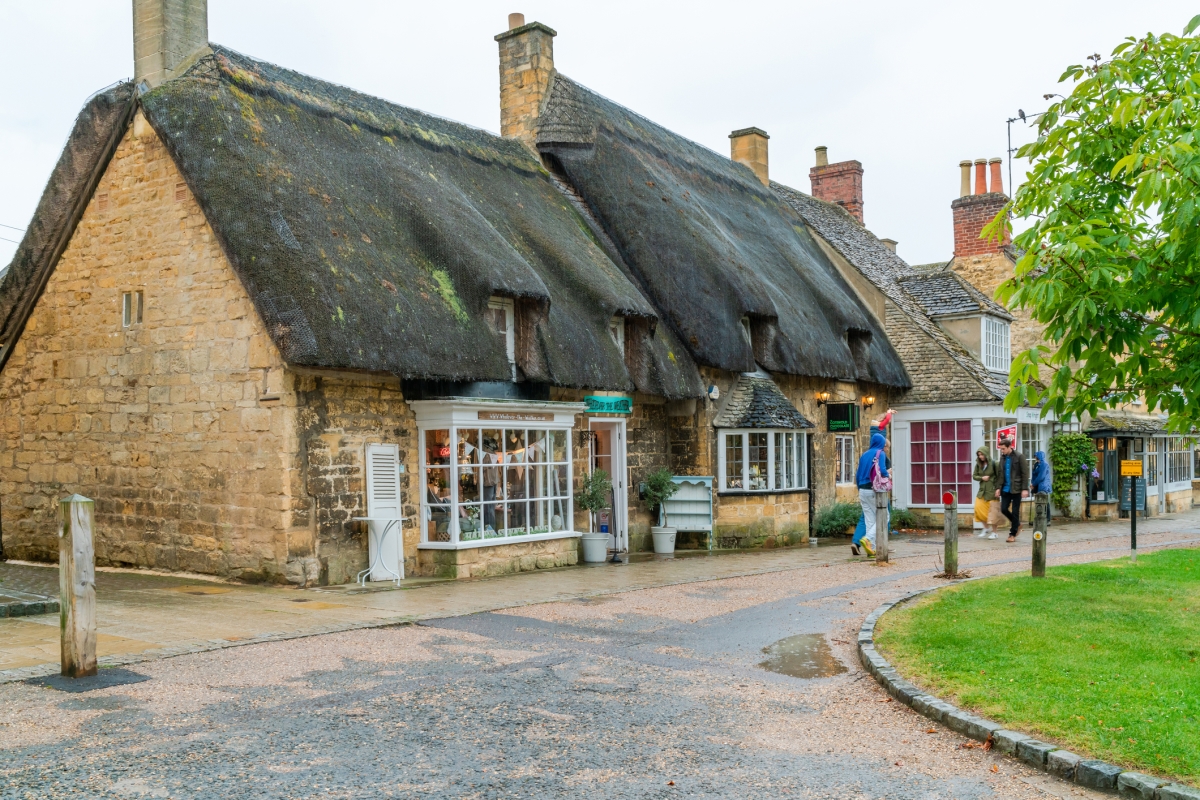 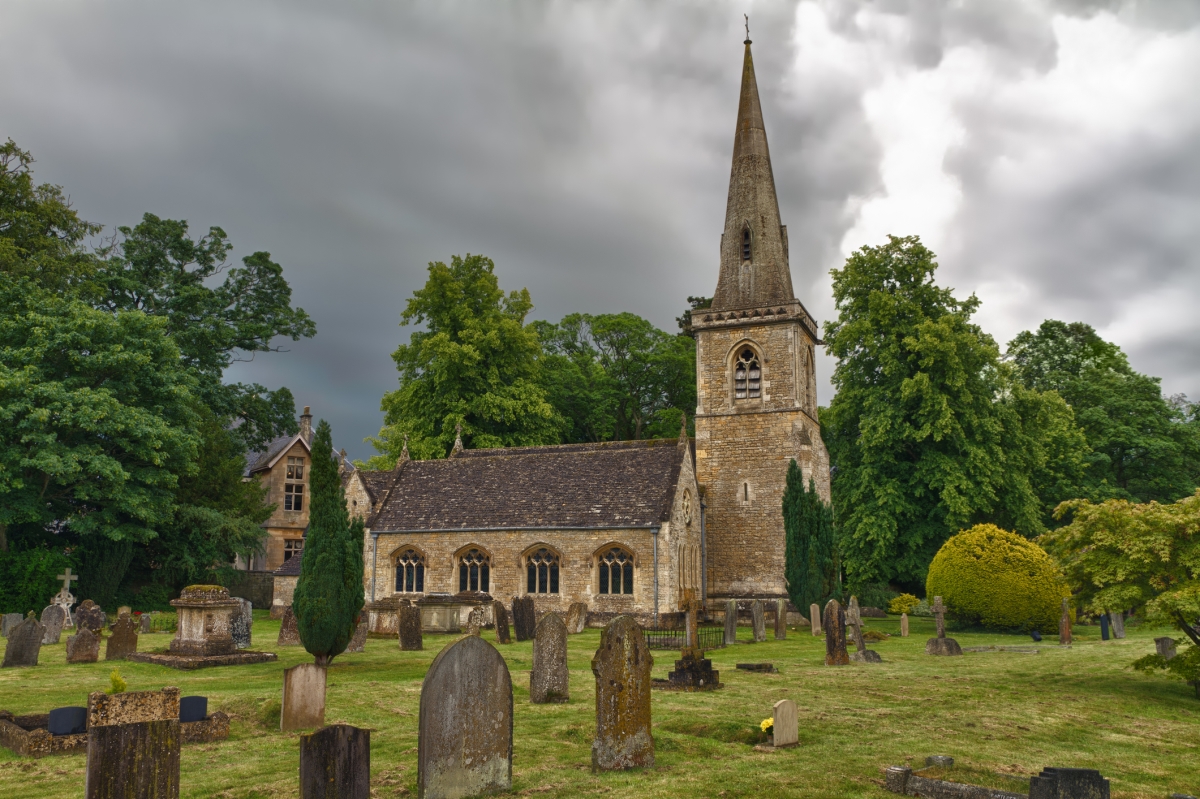 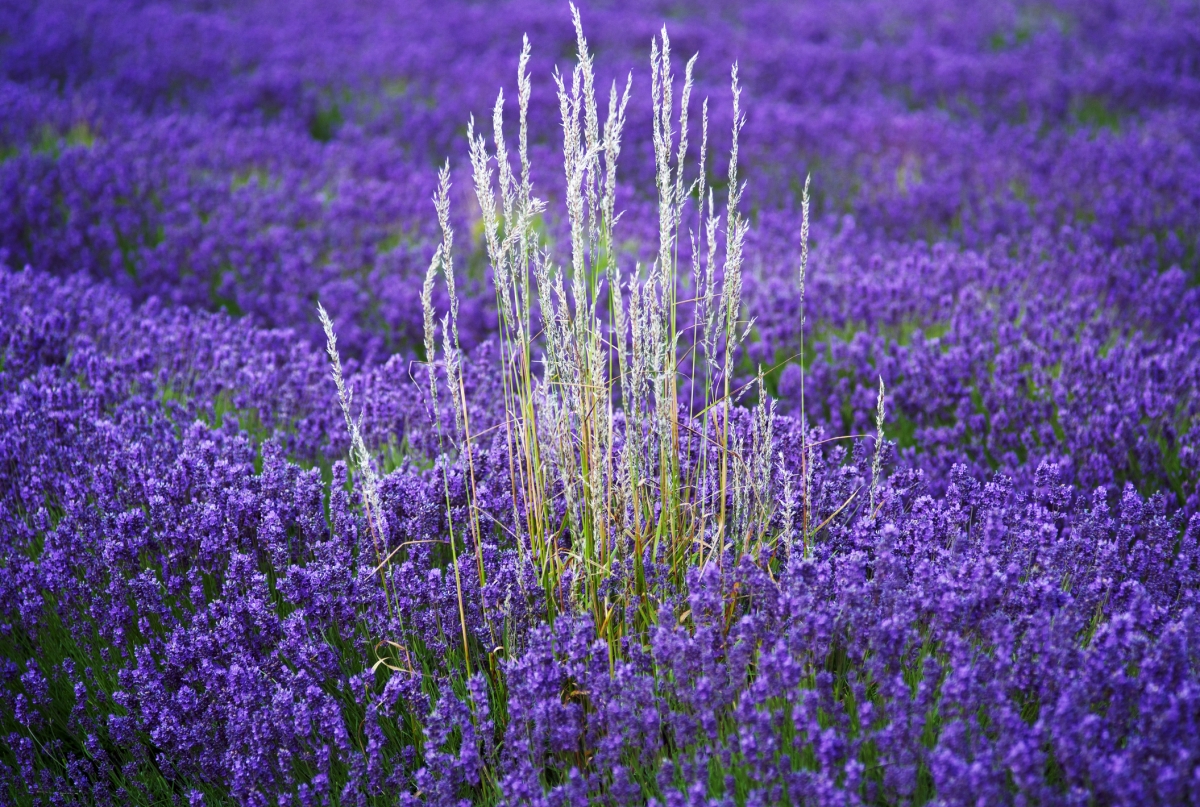 THE COTSWOLDS HILLS. The Cotswolds Hills are the favourite “escape-from-the-city” destination for the British. Here, walkers can immerse themselves in a countryside of green, rolling hills and savor gourmet meals in beautiful honey-coloured villages. The rolling hills and river valleys that stretch for 160 kilometres in the central area of ​​England are bordered to the north by the River Avon, to the east by the city of Oxford, to the west by Cheltenham, and to the south by the River Thames valley. The major elevation is Cleeve Hill, 330 meters high. The word “Cotswolds” derives from two distinct words of archaic English: “wold”, which indicates a hill with a gentle trait, and “cot”, which means fence for sheep. Even today, when walking between the enchanting medieval villages and among the green hills you can see the stone walls that acted as a fence when the wool trade was an important economic driver in this area. It’s an enchanting land you will love and remember forever.

Ahhh..the Cotswold Way, one of England’s most beautiful National long-distance trails, running approximately 102 miles through south central England from Chipping Campden in Gloucestershire to the town of Bath in Somerset. A relatively “new” National Trail, designated so in 2007, the Cotswold Way offers panoramic views and relatively easy walking through a variety of woodlands, wildflower studded meadows, historic and utterly charming golden Cotswold stone-walled villages and to ancient historical sites. If you love walking, history, a pastoral landscape dotted with soft rolling hills, sampling unique food and drink, trading stories with storytellers versed in ancient lore, and enjoying a pint or two with the locals, you’ll love our adventure on the Cotswold Way. Lace us those boots and join us!

DETAILED ITINERARY (May change at the discretion of the trip leader.)

Day 1 – BRISTOL/MICKLETON – Arrival in Bristol and transfer by private minibus to Mickleton. Overnight in Mickleton.  This will be our base for the trip.

Mickleton is a hamlet near Chipping Campden, one of the most famous and picturesque towns in the Cotswolds, with clusters of pastel-coloured medieval houses and ancient medieval walls that surround the narrow streets and alleys. The shops, pubs and clubs inspire joy and liveliness. The AONB area of the Cotswolds is the area most loved by the British and protects one of the most evocative landscapes of hills and medieval villages. (AONB = Area of Outstanding Natural Beauty)

Day 2 – STANTON, STANWAY E SNOWSHILL  – This is an excursion that many judge as “the most beautiful of the Cotswolds”: rolling hills, incomparable views, history and characteristic medieval “postcard” villages. Starting in the beautiful village of Stanton, we follow the Cotswolds Way to the hamlet of Stanway where we’ll visit the Stanway House, a Jacobean mansion famous for having the highest gravity fountain in the world. Then we’re off to the small village of Snowshill where a small surprise awaits us. Finally, our walk takes us back to Stanton following the Winchcombe way.

From Mickleton, a short bus transfer will take us to the north, where the Cotswolds hills descend sharply towards the valley of the River Avon and the town of Stratford-upon-Avon, synonymous with William Shakespeare. Our walk takes us along the river to the town centre to “touch” all the “sacred” areas Shakespeare is known for. There will be free time available for visits and shopping.

Leaving Mickleton behind, we’ll soon reach Chipping Campden, a beautiful village that was once a centre of the wool industry. We’ll find a splendid church, several buildings from the 16th century, and a covered market hall. Our walk continues along the Cotswolds Way to the Broadway Tower, a “Saxon” tower built in the form of a castle for the Countess of Coventry in 1798-1799. The tower, the second highest point in the Cotswolds, provide a 360-degree view of the surrounding Worcestershire Hills. The we’re off to the town of Broadway itself, often referred to as the “Jewel of the Cotswolds”. The main avenue, or the “broad way”, is lined with beautiful honey-coloured Cotswold buildings, some dating from the 16th century, and red chestnut trees

A splendid excursion through fields and valleys leads us to two of the most delightful ancient villages of the Cotswolds, Bibury and Coln St. Aldwyns.

Bibury is a charming, typically Cotswold village, once described by William Morris (1834-96) as “the most beautiful village in England”. A picture of Bibury is seen on the inside cover of all United Kingdom passports, making it the most depicted village in the world! Attractions in Bibury include Arlington Row, a row of weaver’s cottages built of local stone next to the River Coln, the Bibury Trout Farm and the Saxon Church, the Church of St Mary. Coln St. Aldwyns is a charming village tucked away in the idyllic Coln River Valley. Far from the maddening crowd, Coln is a place to rejuvenate the soul, and of course, enjoy a pint or two at the local Inn.

Today our walk along the Cotswolds Way includes some of the most picturesque villages in the area. We’ll begin our walk in Bourton-on-the-Water, known as the ‘Venice of the Cotswolds’. Then it’s just over a mile from Bourton-on-the-Water to the twin villages of Upper and Lower Slaughter. Slaughter, derived from old English ‘Slohtre’, has nothing to do with the killing of things and means, simply, ‘Muddy place’. Today’s villages are magnificently beautiful and far from “muddy”. We take time to enjoy one of the highlights of our walk, the 19th-century water mill in Lower Slaughter before heading west along the river to Naunton. This village includes a church dating from the 15th century and a dovecote dating from 1660. At roughly the halfway point of our walk, it’s a good place to stop for a rest and refreshments. In Naunton we pick up the Warden’s Way and head east through the countryside back to Bourton.

We’ll depart from Toddington station on board the historic steam train of the GWR for a short trip to Winchcombe, the ancient capital of the Anglo-Saxon Kingdom of Mercia. Today Winchcombe is a true paradise for hikers where the Cotswolds way, Warden’s way, Windrush way, Gloucestershire way and Winchcombe way meet. From here, we travel on foot to visit Sudeley Castle, founded in the 10th century and burial place of the sixth and last wife of King Henry VIII, Katherine Parr. With its sumptuous gardens, it is considered one of the main wonders of the Cotswolds.

We finish our “tour of beauty” on one of the most beautiful excursions in the area, walking directly from Mickleton towards the ancient Iron Age site of Meon Hill. From here we continue towards Hidcote to visit Hidcote Manor Gardens, one of the most important gardens in England.

Day 9  MICKLETON/BRISTOL AIRPORT – Transfer to the airport for flights home or onward.

Meals: All British breakfasts in hotel. Dinner in pubs except 1 at our Hotel and one dinner of the evening , the“Pudding Club Experience”, packed and picnic lunches during walking days

Walking days of average difficulty along trails of the Cotswold Way

Visits to Stratford-upon-Avon, medieval villages, monuments of the Cotswolds

All ground transportation while on tour

All admission fees to scheduled stops

Lunches during arrival and departure days; lunch in Stratford-upon-Avon

Flight to Bristol International Airport (strongly suggested).  Heathrow Airport is the same distance but flying to Bristol will avoid the usual mess and confusion in Heathrow and traffic jams on the M25 London Orbital which can cause long delays in arrival and departure.